Sometimes pizza is just pizza; sometimes it's so much more!

I love how food can sometimes heighten the setting in a story. In Keeping Kylee, pizza plays an important role in the scene where millionaire Quinn Randel comes to grip with his feelings for down-to-earth, financially strapped, single mom, Kylee Steele. 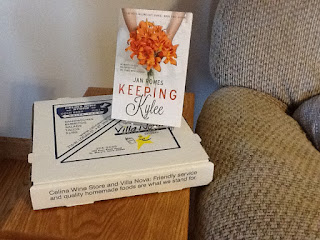 Here's a small part of that scene... (She's packed and ready to move to Arkansas)

"We're having tomato soup and carrot sticks. I didn't restock the cupboards or fridge because we're leaving."

"I love tomato soup." It didn't matter what they had, as long as they were together.

Kylee searched the few items she hadn't packed. She thought she'd left out the can opener, but it was nowhere to be found. The packing process had involved tears and tape, not markers and organization. There was no way to determine which one held the can opener and she wasn't about to start pulling off tape to find the blasted thing. "We might have to order pizza."

"You can't go wrong with pizza." Quinn pulled his cell phone into view. "I'll take care of it." He walked to the far end of the living room and in a hushed tone placed the order.

Odd. He hadn't asked what kind they liked. It didn't matter though. If it came with onions and anchovies, she and Gabs could pick them off.

Quinn wandered back and put his hands on her hips. "It should arrive any..." A knock on the door made his eyes sparkle and his lips curl into a smile. "...second."

Kylee quirked an eyebrow. "You have clout, Randel, but not enough to have pizza delivered at the snap of your fingers."

Quinn started for the door. Kylee stepped in front of him and opened it to find Ty and Maggie, Trigg, Nancy, Jake and Tori. "Umm..." She tried not to show her surprise, but she couldn't hide her confusion. "Come in."

Trigg carried in several pizza boxes. Ty had a case of Coke. Jake had a twelve pack of Lone Star. Maggie had a plastic grocery bag hanging from her wrist that held paper plates, Dixie cups and napkins.

"Good thing I couldn't find the can opener."

From beneath one of the couch cushions, Quinn produced the opener. "You mean this one?" He smiled like he pulled a fast one.

Gabbi giggled. "Quinn and I tricked you. When you weren't looking, he tiptoed to the couch with the opener."

Kylee pretended to be irked by closing her eyelids halfway, but the corners of her mouth went up on their own.

Maggie gave Kylee a hug and shared some truth. "You have to watch him every minute. Next he'll be hiding your underwear."

Kylee deliberately tugged her jean shorts a little higher. "Thanks for the tip."

Trigg sat the pizza boxes on the coffee table and was about to take a slice from the box marked deluxe.

Trigg laughed and took a bite. "Who's going to stop me?"

Nancy wrinkled her nose with amusement. "Quite the bunch, aren't they?"

"They are," Kylee said, still curious as to why they were there.

"Everyone back away from the pizza," Quinn ordered. He lifted his wrist to expose his watch. "The others should be here anytime now."

"The others? Quinn, please explain." Kylee crossed her arms. Quinn remained tight-lipped. "Are you staging an intervention?" She looked to Maggie for answers. If anyone would give it to her straight, Maggie would.

Maggie turned an imaginary key at her lips and pretended to toss it over her shoulder.

Nancy lowered her head so she wouldn't be coerced into giving anything away.

Tori lifted her chin and looked away.

Kylee got the same sealed-off, don't-bother-asking expressions from Ty, Trigg, and Jake. Last but not least, she used her forefinger to motion Quinn closer. Tell me what this is or..." She poked his chest and dropped her voice so Gabbi wouldn't hear. "...I won't let you hide my panties." 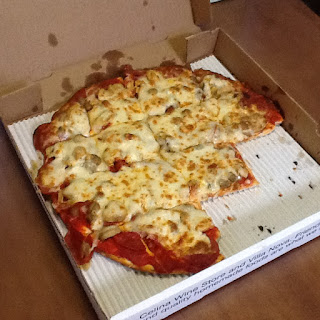 ** There is so much more to this scene that I hope will win your heart. You can check out Quinn and Kylee's story here:

Thanks for stopping by!  ♥