Comedy with a dash of Romance - Jude Haste!

My guest today, is author Jude Haste who comes to us from London and writes comedy with a dash of romance. Jude is also a strong anti-bullying advocate. 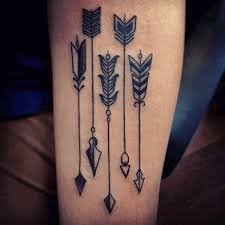 Instead of an interview, Jude chose to write a guest post. Take it away, Jude...

By Jude Haste - Author on Amazon

Thank you for the opportunity to discuss my latest novellas. I write comedy with a dash of romance that I hope raises awareness of the subjects of bullying and work stress. These are important themes as they involve people's mental health and stability.

I began writing to deal with my own work stress and I cut my teeth on a quirky comedy called Loaded. I then went on to write Toxic I and Toxic 2 novellas which follow a lady's life as she deals with her toxic boss. I wrote the Knockout novellas with a bit of a 'Carry On' theme in mind and dealt with a bully in the bedroom rather than the boardroom. 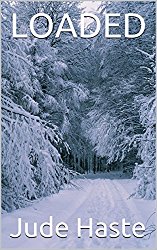 My latest works include: You're Just a Picture On My Wall. I took this title from a song track which my older sister wrote the lyrics to decades ago, so it is quite a personal story. It starts with an incident that actually happened to me. I had to switch off this fire alarm after doing a fire drill at a school and the blasted thing would not shut up. So, I made the situation worse by attacking the alarm box and cursing at it only to turn around and find an entire fire brigade standing right behind me. How embarrassing! Later on in the story, there is a skiing trip and again I used one of the thousands of embarrassing incidents in my life in this section of the story too. It was my first time skiing and my group had to carry their skis to the top of the mountain and then the instructor has you put them on and explains what to do. Unfortunately, when I clicked mine in I was facing the mountain and as soon as I stood up, I shot backwards down the mountain out of control. The instructor raced to save me by skiing backwards behind me and catching my butt in between his thighs to slow me down. Again, how embarrassing! 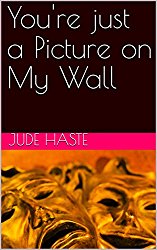 My main inspiration for writing this book though is based around a character called Ms. Reed, who is the elderly headmistress of an all-girls private school in London. She is a quirky and eccentric character, a bit of a snob, but the point is that she is NOT a bully, in my opinion. When I think of the word bully, the word 'relentless' springs to mind, and Ms. Reed, as quirky as she is, is never shown in the story to be relentlessly picking on or excluding anyone. We all have flaws.

I always deal with second-chance romances as my  heroes and heroines, who are around my age and I can identify with. The main characters, in this novella, have both been through heartache and need to put their feet back on the ground to deal with the present.

My next novella, Jaywalker, is set in New York, although there are flashbacks to scenes in London. It is based on bullying in the workplace. The main character meets and falls in love with a New York cop but the course of true love does not run smoothly and there are many bickering scenes. The hero is depressed after a failed long-term relationship. When we meet him, he is in rather an unhygienic state. This was deliberate as one of the first signs of someone being depressed is that their own hygiene standards deteriorate. The workplace bullying is based around a series of emails that are received from the boss's sidekick, a lady who seems to spend most of her time relentlessly writing emails, criticising other people's work. 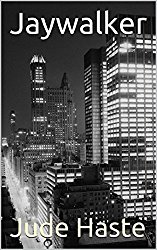 This novella, as it played out in my head really took me out of my comfort zone, but we meet a lot of other characters, like Simon the Psychiatrist who was a wacky character that I created to add to the comedy.

Just an Illusion was another novella I wrote, that I set in India. It is based around an interracial relationship and was important to me in that I wanted to highlight that most mainstream religions share a lot of similarities. I wanted to dispel myths that make us see each other as odd or different. 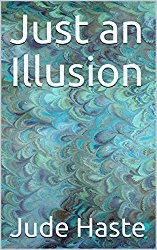 The boss in this book is actually held a bit accountable for his bullying, but unfortunately with men or women in positions of power, they always try and justify their actions, feeling that the use of bully boy tactics gets the job done. There are courses in conflict resolution that exist and should be taken up by managers. These courses aim to get managers to acknowledge their workforce as people. We are not robots!

We should try to have a positive impact in this world we live in. I hope that from my work, people may learn to come to terms with their work stress by finding an outlet for it, as my characters did and that my novellas bring a bit of comic relief in what can at times seem like a dark and hopeless night!