Serve with pretzels or graham crackers
Posted by Jan Romes at 8:13 AM 3 comments: 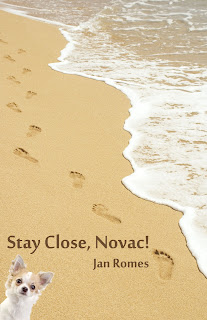 It's a great pleasure to have amazing author, Denise Moncrief, on my blog today! Welcome, Denise! 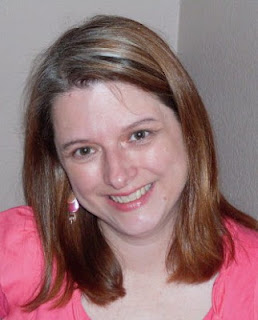 One night on Twitter, Jan Romes and Sandy Owens were busy drooling, twitting, and tweeting over the men of NCIS. That was something I could easily relate to, so I tweeted my way into their droolfest, and that's how I met Jan. We have Leroy Jethro Gibbs (portrayed by Mark Harmon) in common.

Recently, Ceri Herbert asked me, "If your book was going to be made into a movie who would play your characters?" I chose Mark Harmon for my hero in Deceptions of the Heart, and I had his portrayal of Gibbs in mind. Now there's a hero. Few words. Much thought. Deliberate action. Why is Gibbs a hero? Well now, he isn't perfect, so perfection isn't a make it or break it criteria for hero status. And he certainly carries a ton of baggage from his past, so pristine doesn't appear to be essential either. So what are the qualities that define a hero?

In 1985, Tina Turner released We Don't Need Another Hero, the theme song for the movie Thunderdome. Maybe the children of Thunderdome didn't need another hero, but I like to have one around. I think they come in handy. My hero is my husband. He's always been my go-to guy, the one who lifts me up when I'm feeling down, encourages me to keep going when I want to stall, gives me a reason to put one foot in front of the other and move forward instead of look back.

Before we married, I was looking for a job when the job market was tighter than tight. Just when I was about to give in to discouragement, he gave me my mantra. "You're smart. You're beautiful. And you've got the power." No one outside my blood kin had ever told me I was any of these things. His faith in me sunk into my heart. I've repeated this phrase to myself many times when life didn't quite go as smoothly as I wanted it to.

A hero steps up to the challenge, doesn't back away from the impossible, dares to face doubt and discouragement with courage. That doesn't mean he or she is unafraid or fearless. It means the hero pushes through the fear and the doubt, and lives and loves in spite of uncertainty.

I frequent a writers' critique site that shall remain nameless. The forum discussions on this site are sometimes lively. One night, the pros and cons of the numerous rules and guidelines for writing were beaten and pummeled and mangled until everyone had exhausted their opinions in glorious detail. Then someone commented, "If you aren't going to follow the rules you might as well write romance." After I got through huffing and puffing and fuming, I pondered why I write romance and why I think the genre shouldn't be passed off as a lesser creature of the literary world.

So here goes...I write romance because I like creating heroes, especially in the context of the male-female dynamic. I don't create perfect heroes or pristine heroines. Real life isn't nicey-nice and I don't think fiction should be either. I believe there should be a nugget of reality in fiction, so that the reader can relate to the story. If a heroine is too sweet or too virtuous or too perfect, I don't buy it. If a hero can do no wrong, there's no meat on that bone to chew on. People are flawed. Heroes are flawed. My heroes are all beautifully flawed, and my heroines don't always have the ability to buff those scratches and dents out of their hero.

The romance formula has always been boy meets girl, boy loses girl, boy wins girl back. The thrill -- the suspense -- of the chase is what keeps me writing. What personality set did the hero and heroine bring to this particular situation? What makes this story different from a million others? What brings a bit of real life into the fantasy? For me, that's the challenge of writing romance. I don't want to write perfect characters; I want to write characters that are being perfected.

And that brings me back to my wonderful husband, who isn't perfect either. He's the ultimate in beautifully flawed. I think I'll keep him.

My latest release is the short story Snow White and the Seven Dogs included in the April 2012 Unleashed Hearts anthology published by Still Moments Publishing. 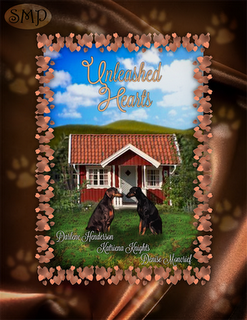 Snow flees not only from a criminal investigation for fraud but also from the wrath of her conniving future mother-in-law. Ann Winters is more than willing to let Snow take the fall for her crimes if it will drive a wedge between Snow and her son Anson. With nowhere else to go, Snow escapes to the White's family apple orchard near Yakima, Washington. Her hideout turns into a not-so-safe haven when the secrets from her family's past prove to be just as large as her problems back in Seattle.

She cringes every time she introduces herself to someone new, but when she meets handsome Eric Prince, he doesn't react to her Disneyesque name. He acts as if he knows more about her family's past than she does. Enter seven recalcitrant pooches. Snow isn't a dog person, but Eric seems to know every one of them, and they know him. Eric and the dogs are determined to protect Snow from the danger swirling around her.

You can find Unleashed Hearts at:

You can find my blog at: www.denisemoncrief.blogspot.com and my Facebook page at www.facebook.com/DeniseMoncriefAuthor