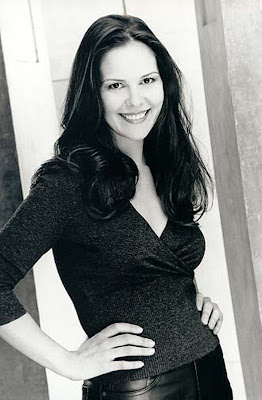 I'd like to thank Jan Romes for having me on her blog today! I am so excited to be here and to talk about my new release, THE COUPLING, Book 2 of THE LETTING series. THE COUPLING is available February 15, 2016 on Amazon and your favorite romance book sites!

I write what I call, gritty romance. Sure everyone loves a happy ending, but the path to get there isn't always paved with roses...

To start, I'd love to tell you a little bit about THE LETTING series.

The inspiration for THE LETTING series came from spending a summer at a camp in Upstate New York with my family. Walking through the deep woods, we were attacked by mosquitoes. I turned to my husband and said, "I've lost so much blood, it's like a bloodletting! Wait...that would be a great concept for a YA dystopian series." I ran back to our little cabin in the woods and began THE LETTING. Blurb from THE LETTING:

What if the Devil doesn't know he's the Devil? This is the question Veronica "Ronnie" Billings poses to Phoenix, her sworn enemy, the leader of the Peaceful Revolution, and the one she loves.

Kidnapped by Phoenix's rebels, Ronnie learns how wrong she has been. She had no idea that her patriotism was wasted on a corrupt government. Ronnie was proud to be a Leader; taking hundreds of harvested girls to the Letting facility. After all, she was saving them from future Couplings and bringing them to the safety of the New World. Or so she thought...

Confused, Ronnie realizes the only way to discover the truth is to trust her heart. Together, Phoenix and Ronnie devise a plan to stop their corrupt government and preempt the dangerous rebel coup which is approaching. But when their plan goes awry, will Ronnie be strong enough to save Phoenix, her country, and herself? 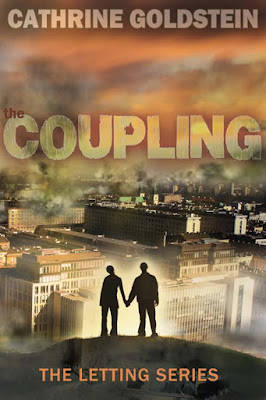 Book 2 of THE LETTING series, THE COUPLING, continues the story of Ronnie and Phoenix. The focus is on their tumultuous relationship, and their herculean efforts to save their world. This one is a little more steamy...although still Y.A. ;)

Excerpt from THE COUPLING:

"Phoenix?"
"Trust me, Ron."
I nod, my hands suddenly shaking. He takes them into his hand and lifts them to his mouth. He kisses my fingers softly.
"You're grieving right now -- I would never take advantage of you. But..."
I take a deep breath.
He lets go of my hands and reaches out toward the still unbuttoned top two buttons of my shirt. The collar lays open, and his fingers trace the hollow of my throat. "You look gorgeous in my shirt."
His eyes are locked on me, and I feel overpowered but safe all at once. There's a strange ache in my body, answering to the hunger in his eyes.
"It is by far the most beautiful you have ever looked."
My eyes dart up as he reaches out to touch the next button. He studies me as he slowly begins to unbutton. My entire body warms, and I bite down hard on my bottom lip. He abandons my button to run his fingers across my lips once more. I try to remember to breathe.

Blurb from THE COUPLING:

In Ronnie Billings' dystopian world, surviving the Letting and breaking free of a corrupt government is less of a surprise than falling in love with Phoenix Day, the leader of the Peaceful Revolution. When the government sentences Ronnie to a Coupling under the guise of producing a coveted blood type, Ronnie discovers the one she's slated to Couple with expects even more. Prepared to make the ultimate sacrifice to save those she loves the most, Ronnie devastates Phoenix with her impossible decision. Whisked away from her rebel life to another world ravaged by despair, Ronnie meets her greatest nemesis...her biological father. Steeling her nerves against the dangers of escape, she embarks on the perilous journey back. she is convinced she belongs with Phoenix and his revolution, but will her friends, and especially Phoenix, be ready to accept her when she returns? Because this time, evil is in her blood...

A dark, gritty, New York City girl at heart, I stretch my comfort zone every summer and head to the camp in the deep woods to work on The Letting series. I find it is worth every non-air-conditioned, bug-bitten moment, because I have fallen in love with Phoenix and Ronnie, and I hope you will too...

I am the author of The Letting, Book 1 in The Letting series, and I also write romance and steamy women's fiction novels. I began my career as an award-winning playwright, and I am a proud member of RWA, PAN.

I am addicted to Luna bars, decaf coffee, yoga (yoga clothes), and I find my best writing ideas come from sweat sessions on the treadmill. I love the works of many authors, and these days I read a lot of Shel Silverstein and Mo Willems -- which brings me to  my reason for reading these modern masters, the absolute loves of my life: my two young girls, and my husband (who reads grown-up books too).

To find out more about Phoenix, Ronnie, and me, and for updates on The Letting series and more, please visit:  www.CathrineGoldstein.com

And for a sneak peek...I'm thrilled to share that soon I'll be launching a new series: The New York Artists series! In this gritty series, you'll read about strong alpha men at the top of their game artistically, and the smart, unexpected women they fall for... The series kicks off with a dark and dangerous rock star. :)

The New York Artists series is romantic and steamy -- sure to make you swoon and fall in love. And it's definitely for adults only.

To learn more about Cathrine and upcoming projects, please visit: