Max is baaaack! LIFE AFTER DEATH by Sharon Saracino 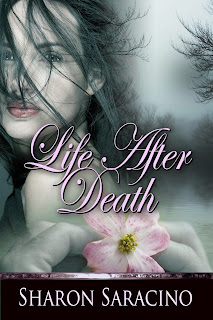 Click to check out LIFE AFTER DEATH!
Maxine Logan made her initial debut in Death Benefits. She has a dry, edgy sense of humor that I grew to love and I can't wait to read more about her in Sharon Saracino's newest release, LIFE AFTER DEATH.
To help Sharon celebrate Max's return I've asked her to share the blurb and excerpt!
Life After Death:
After artfully arbitrating her return from the dead, Max Logan considers her experience with the afterlife a thing of the past. But Max's success as a temporary Superintendent of Spiritual Impediment was no accident as she discovers when the permanent SSI shows up in the middle of the night to reveal that Max has a genetic predisposition to a supernatural calling. When Max's ex-husband and current boyfriend, Roger-the-Proctologist is lost in a plane crash due to an inept Reaper gone rogue, Max has no choice but to venture back into the sweet hereafter in an attempt to rescue him. Throw in a freak blizzard, a hot Grim Reaper, and the last person on Earth Max would choose to save, and Max will be lucky to escape before her time runs out and she becomes a permanent resident of the Between.

The annoying luminosity I'd mistaken for the early afternoon sunlight was, in fact coming from Alicia who, when the mood struck her, could glow like a radioactive Christmas tree. On steroids. I hadn't seen or heard from her since that happy day months ago when I'd been relieved of my duties as SSI. It was a temporary position I'd been obligated to assume to regain my status among the living after my untimely Death in Error (D.I.E) caused by an overeager Grim Reaper in Training (G.R.I.T.). Turns out the bureaucrats in the afterlife are quite enamored with acronyms. Who knew? Anyway, I hadn't seen Alicia in all this time, and frankly, I hadn't exactly been complaining. Not that I had anything against Alicia personally, it was only that I preferred to relegate that period of my life -- or death, depending on how I chose to look at it on any given day -- to the been-there-done-that file. I mean, c'mon, wouldn't you? I'd never shared my life after death after life experience with anyone; not even Roger. First of all, even I wasn't completely convinced the entire episode was real after the fact. In the first place, my black Italian marble shower with the Chastings Corque Corian Square Ceiling Mount Showerhead and I came together quite dramatically in a completely involuntary manner that cracked my skull hard enough to scramble my brain into a convincing three-dimensional hallucination that could be misinterpreted as a near death experience. Secondly, who in their right mind would believe me? Sure, I'd emerged from the experience a kinder and gentler Max Logan, filled with insight and forgiveness, ready to own up to my own part in the misery that had become my everyday existence, but those who knew me best were far more likely to attribute it to a temporary psychotic break than any supernatural intervention.
"Alicia, I'm going back to sleep for at least the next five hours. I'm returning to the place where I'm always thin, never run out of money, and am sitting on a private beach with hot cabana boys who bring me exotic cocktails with little paper umbrellas. Do not attempt to wake me again or my Teddy Bear will attack," I threatened in a sleep-thickened voice.
"You don't have a Teddy Bear," my uninvited visitor pointed out reasonably.
"Totally irrelevant, Glow Girl. Come back later." 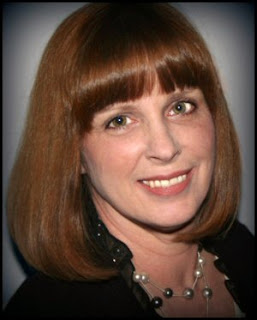 A chat with Katheryn Lane! 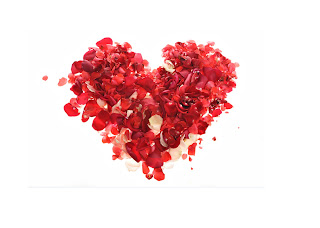 Katheryn, welcome! So happy to have you here! You've written some amazing stories set in exotic locations with exotic men, and the Katheryn Lane dynasty continues with a cowboy in... 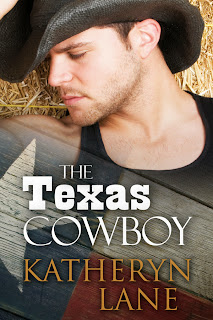 MARRIED TO MAGGIE is coming soon. This is the first book in my Texas Men Falling Fast series. I'm so excited to do a series (my first) and I'm over the moon happy to share Tysen and Maggie's story! 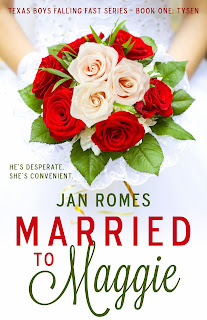 This amazing cover was created by:
TugBoat Design